Kundalini Coffee Company® was formed as a blue ocean business model. In other words, we are in the coffee industry, but not participating in “the ways” of the industry. Kundalini Coffee® is creating “The New Normal”. We are recognised in the industry publications [publication link here] for redefining a new curb.

Challenging old assumptions, Kundalini Coffee® as a Private label Organic Coffee supplier to Big Box Grocery and other large scale retail chains, re-imagined every element of its’ business.  We determined our sales can drive a cause, far-reaching and well beyond our coffee company.  Through that lens, Kundalini Coffee Company® determined it will challenge old assumptions. To keep aligned with our company vision to create a new normal by not do anything being done at large scale, we stopped using “Fair Trade Coffee”. We aligned with “Fair For Life Trade” coffee. The organizations’ website reads; “Fairness has no borders a Certification Program for Fair Trade & responsible supply chains and Corporate Social Responsibility”.  Founded on the idea of getting even more money from coffee sales to into not only farmers hands, but also how to spend the money to farmers decisions directly. Farmers themselves under Fair For Life Trade determine where to spend the money from coffee bean sales themselves.

10% of Coffee Bean Sales Are Donated:

To further support the local environment, Kundalini Coffee Company® donates 10% of all coffee bean sales to local charities. We want to be transparent about our practices, so we base our donations on coffee bean sales instead of profits. By basing it on sales, you know that 10% of the purchase you just made is being donated.

Drive a Cause Beyond The Company:

We have divided the 10% of all incoming net sales (after tax) among charitable causes, as a strategy to target more diversity and far greater impact of the sales dollars on charities and to the world.  1% of our coffee bean sales, by default goes to 1% for the planet.org.  2% of sales goes to our vendors nominated charity, in support of the charities, as a brand they contribute to.   The remaining 7%, Kundalini Coffee Company® identifies, through current world issues. We do this in real time. Such as saving the animals, a bush fire, or whales and rescue efforts.  We channel 7% of sales proceeds towards emerging causes helping.  It’s a new Normal.  A new energy is rising, from the core idea of one. A “oneness” we have with each other, and the planet.

Coffee currently is the number 2 traded commodity in the world. Michigan State University global edge report, cites 500 billion cups of coffee are consumed around the planet every year. The economic effect of the 100 billion sector creates multipliers into trillions for the world’s global economy. Compound annual growth of coffee is 5.5%. Stock market analysts suggest, as electric cars come into mandatory use, Coffee industry has potential to surpass oil and fuel and emerge as the number one traded commodity in the world. In 2020, oil at one stage fell to around negative $30 a barrel. Some suggest tech companies will flourish. Kundalini Coffee Company® recognize the people driving tech innovation, drink coffee.

Kundalini Coffee® takes small steps toward resonating with the planets’ field, and vibrational desire for large change. We achieve extraordinary change by making green decisions at every layer, on every level of  business. Kundalini Coffee starts with ice cooled web-hosting in ice-land. From green web-hosting, to re-cycling used coffee grinds at the retail level. Kundalini Coffee teaches business to turn their used coffee into more profit and fuel for growth. 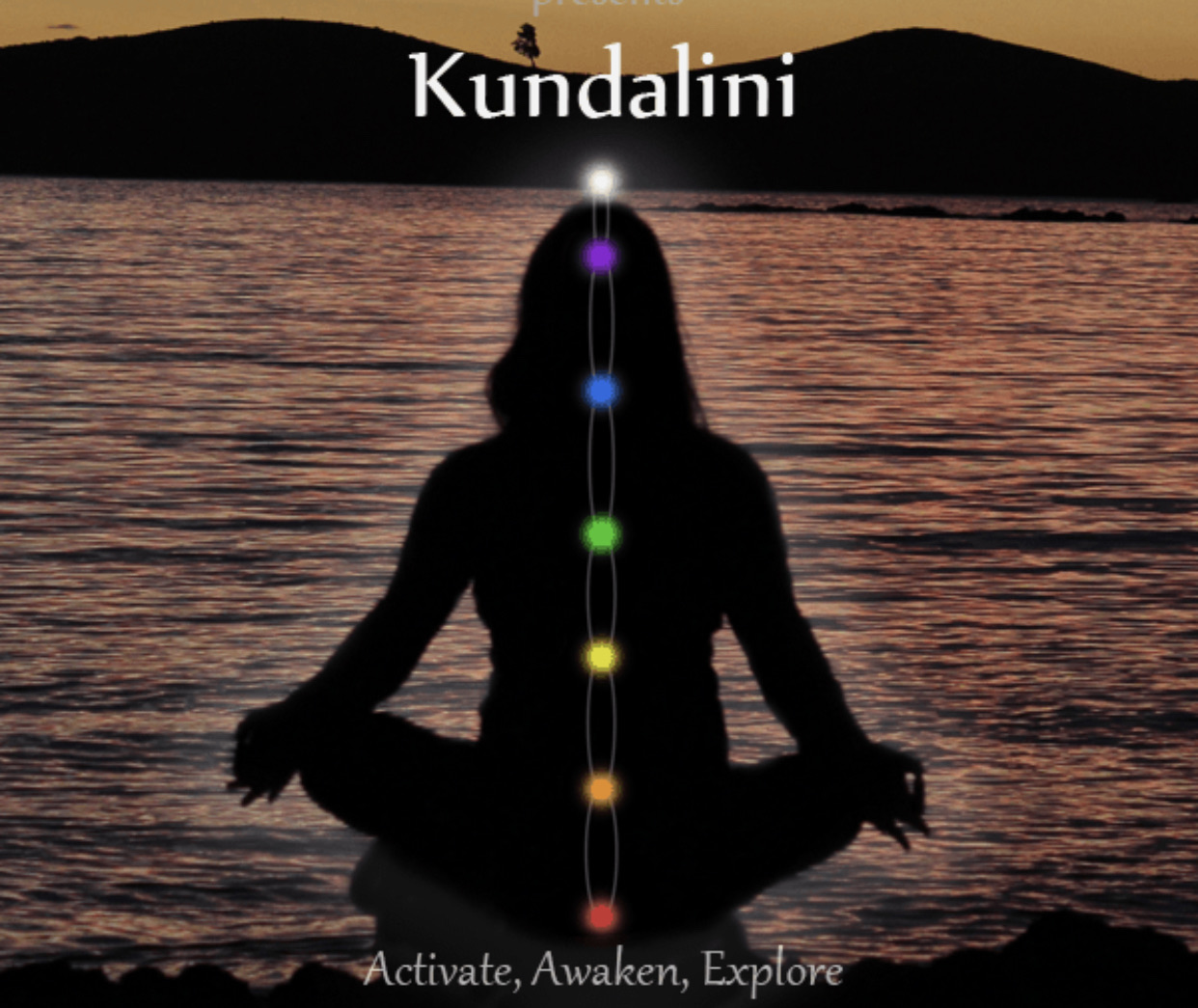 Kundalini – the chakra, an inner life and consciousness rising, creating awareness. Kundalini derives its name from its focus upon the awakening of kundalini energy through regular practice of meditation. Love of coffee or warm tea as you sip feel the warmth the love you experience connecting to the coffee or tea plant a birth from Mother Nature itself into your cup every day with antioxidants and made with love for you to enhance your meditation relaxation and life force energy organically.

We have divided the 10% of all incoming net sales (after tax) among charitable causes, as a strategy to target more diversity and far greater impact of the sales dollars on charities and to the world. To break it down, transparently, 1% of our sales, by default goes to 1% for the planet.org.  2% of sales by default goes to our vendors nominated charity, in support of charities, as a brand they want their large scale spending to contribute towards.  The remaining 7%, Kundalini Coffee Company identifies, through current world issues. We do this in real time. Such as saving the animals, a bush fire, or whales and rescue efforts.  We channel 7% of sales proceeds towards emerging causes helping.  It’s a new Normal.  A new energy is rising, from the core idea of one. A “oneness” we have with each other, and the planet. Kundalini energy is symbolic of alignment and awakening of the chakra. We align the chakra of our company, to an awakening of a new normal.  We relentlessly pursue the idea of a planet wide oneness with all things.

At Kundalini coffee we believe life is about bringing everybody along on the journey. A fika together. Beyond the café owners, and retailers  Kundalini’s as a company, Kundalini targets extending its brand values to the consumer of the end product. We educate customers on not only the coffee, as well as the roasting processes, we go beyond the cup to the environment. There is more in common that joins us, than there is that separates us. Kundalini embodies a one connection to the world approach. We recognize the connection we all have to the planet and each other — oneness and connection  that is the Kundalini Coffee Company mantra.

Kundalini Coffee is  innovation driven,  focused on new ways and carbon reduction as a company. Extraordinary, through innovation. Here are just three ways we do this:

Our processes teach staff at the retail level to either, re-sell the coffee bi product for its own added profit, to its customers for use in compost and fertilizer to fuel the growth of plants. Or dispose of the coffee grounds for biofuel companies to collect. The coffee grounds, now being used as an ingredient to make biofuel. Biofuel is a new innovation to the fuel industry. Biofuel, to power public bus transport in some cities in the world. London is just one place where biofuel manufactures are already partnering with companies like BP in biofuel projects, using coffee as part of the biofuel for a green future.

Water is a key part of any coffee. Kundalini coffee energy water is changed with light and various energy instruments to energize the water. We go beyond the traditional reverse osmosis water process to energetically enhance the water. The energy water is not only pure but invigorates the coffee, producing better flavor.

Around 2016 the coffee industry started to shift into more energy efficient and innovative larger scale coffee roasting methods. Air roasting coffee, and no afterburner, use 5 times less gas, compared with traditional drum roasting.  The net result is a reduction up to 79% in greenhouse emissions. Coffee is cooked more evenly on fluid bed of air process. Dark coffee, introduces burnt taste and more carcinogens. There has been a trend across the coffee roasting industry to roast much lighter.  As a result, coffee flavor has become far more true to what the coffee beans themselves actually taste like, compared with a strategy of darkening the coffee to create a more burnt taste, and the need to use sugar or flavor.

We’ve gone as far as we can go really, and now it’s being roasted light as possible to something that’s far more palatable, than traditional coffee and darker roasts such as French roast. Carcinogens and acrylamide are becoming topical in media.  The new generation of coffee drinkers are health conscious.  With that in mind, Kundalini coffee roasts coffee beans light and with air, no afterburner. We can answer the millennials call for healthier coffee.